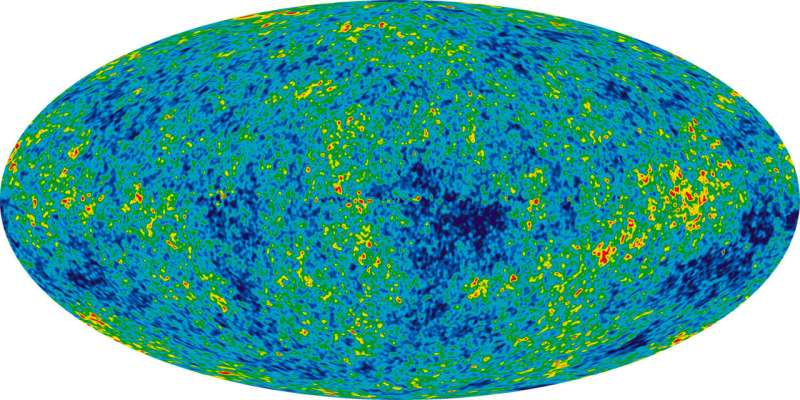 A map of cosmic background radiation when the universe was less than 400,000 years old. The colors indicate small variations in temperature. Credit: NASA / WMAP Science Team

With help from the ultra-intense lasers at Nebraska's Extreme Light Laboratory and the ingenuity of colleagues at Brigham Young University, Husker researchers have experimentally demonstrated just how strangely light can behave when scattering from electrons.

In characterizing that behavior, they might also give cosmologists cause to reconsider aspects of the so-called cosmic microwave background: electromagnetic radiation, generated during the Big Bang, that carries hints about the origins of the universe while continuing to hurtle through it.

"Our results are a prime example of that universality of scientific research," said Donald Umstadter, the Leland J. and Dorothy H. Olson Professor of physics at Nebraska. "An experiment performed in the laboratory today can shed light on the understanding of phenomena that took place out in the cosmos billions of years earlier."