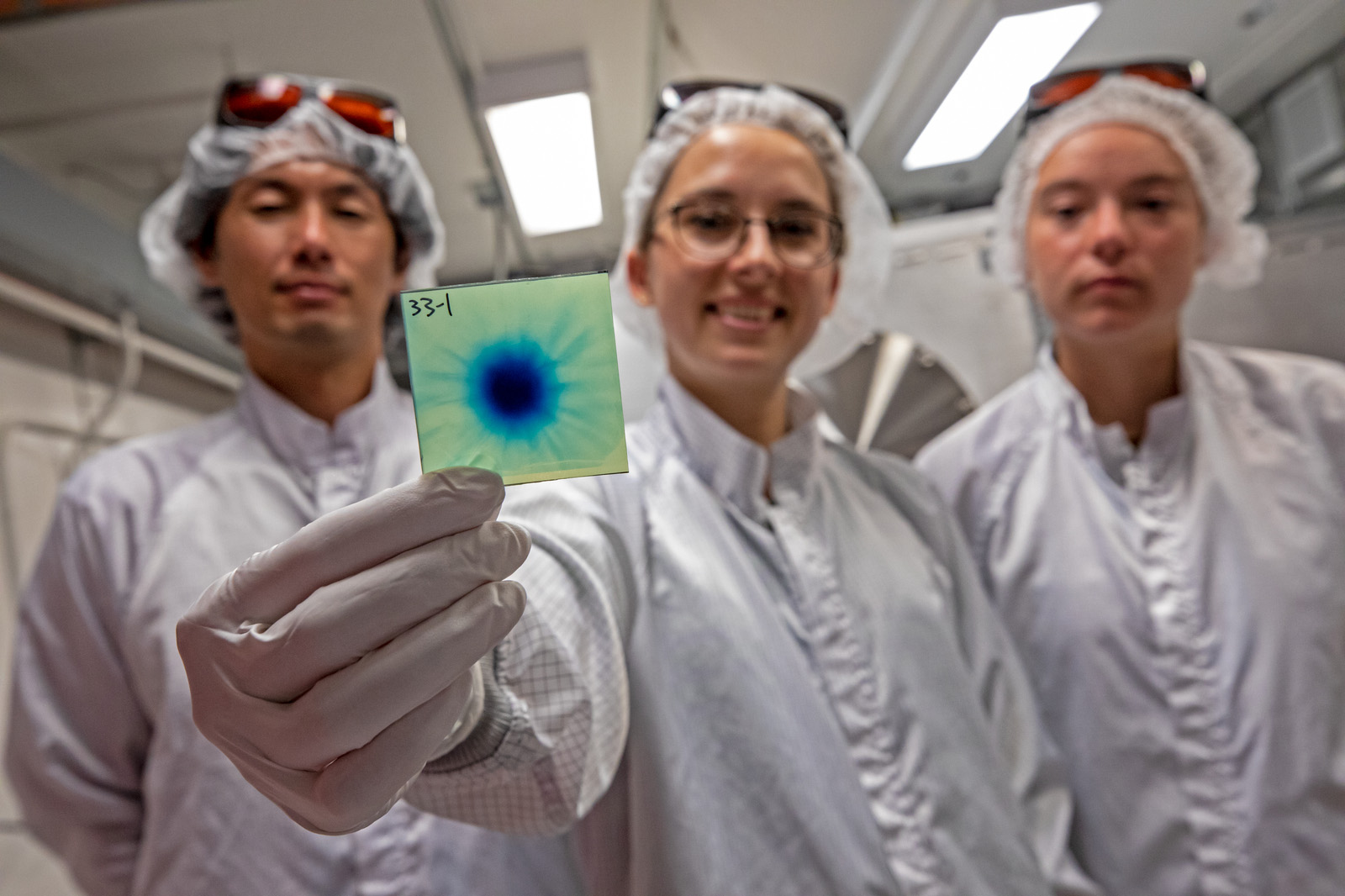 Kei Nakamura, Lieselotte Obst-Huebl, and Anya Jewell (from left) show a radiochromic film that has been hit by the proton beam at BELLA’s iP2. (Credit: Marilyn Sargent/Berkeley Lab)

Things are looking brighter than ever at the Berkeley Lab Laser Accelerator (BELLA) Center run by the Department of Energy’s Lawrence Berkeley National Laboratory. A recently completed upgrade will expand the center’s capabilities into new areas, including studies of particle acceleration, extremely hot plasmas, cancer treatment techniques, and materials for quantum science.

The new experimental area, known as Interaction Point 2 (iP2), will use the lab’s petawatt laser to provide intense pulses of protons and ions – building on the center’s expertise in accelerating electrons and lower-energy protons.

“At iP2, we can focus the laser to a very small spot size, which makes it about 1,000 times brighter,” said Eric Esarey, director of the BELLA Center. “Creating this extreme intensity opens up a wide range of physics research and potential applications, like a new technique that could revolutionize radiotherapy for cancer treatment.”

Following two years of installation, researchers successfully commissioned iP2 and produced high-energy ion beams this fall. The upgrade expands opportunities for scientists who use DOE’s LaserNetUS, a collection of laser facilities across the United States.

“We’re ushering in a new era of high-intensity laser experiments,” said Cameron Geddes, director of Berkeley Lab’s Accelerator Technology and Applied Physics (ATAP) Division, which manages the BELLA Center. “This is a great milestone that broadens the whole science reach of the facility and the possibilities for our field.” 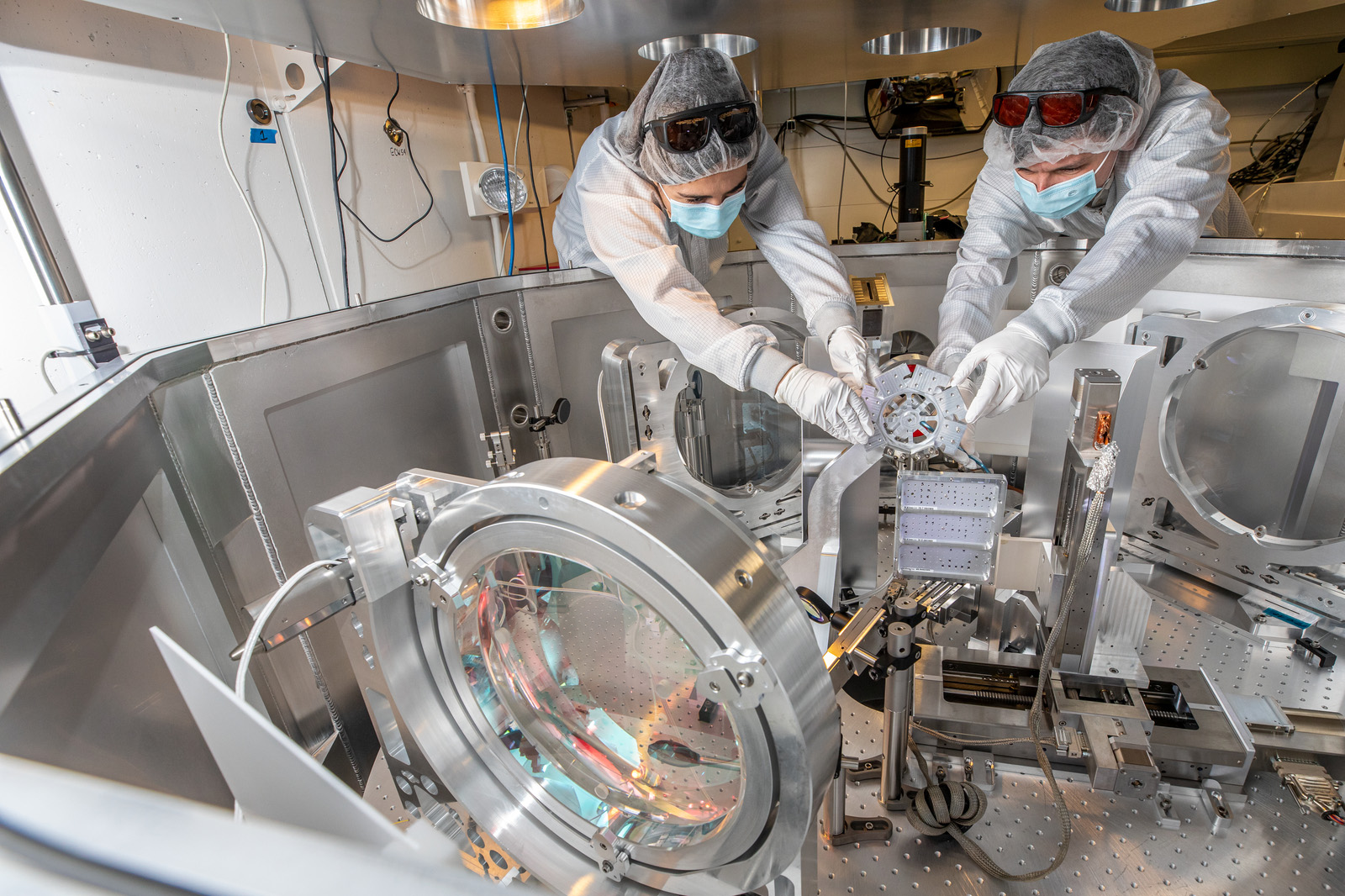 Researchers already have a number of experiments lined up at iP2 that will take advantage of the laser’s high-energy and its ability to fire quickly (about once per second), delivering particle blasts that last femtoseconds (quadrillionths of a second). The system at iP2 can also focus the laser down to a minuscule size: about 3 microns, a fraction of the width of a human hair.

One of the first experiments will explore what’s known as the FLASH effect, a phenomenon where radiation delivered by protons in an intense, short burst can kill cancer cells while sparing the healthy tissue nearby. In 2020, researchers at BELLA’s original interaction point (iP1) saw promising results looking at thin layers of cells in Petri dishes. They now plan to use protons with more energy to study the FLASH effect in thicker skin and tumor tissue.

“We are investigating the potential of using these laser-accelerated protons for radiotherapy, which would require significantly higher proton energies to penetrate deep into the human body,” said Lieselotte Obst-Huebl, a research scientist in ATAP at Berkeley Lab who led the installation work at iP2. “This is basic research and is in its infancy, but it could potentially someday be a powerful tool in our toolkit.”

Other groups are interested in using the facility to create and test new materials. These could be useful in making qubits, the building blocks of quantum computers, or in high-temperature superconductors, which would carry electricity efficiently without needing to operate in extreme cold. Researchers plan to fire the laser into thin sheets of material such as boron or gold, accelerating the resulting ions and embedding them in targets like silicon wafers or synthetic diamonds. They can then study how these doped materials respond and see whether they have any helpful properties.

Teams are also planning to explore an area known as high energy density science: the study of matter under extreme pressure or density. Among them are certain plasmas, gas-like collections of electrically charged particles. Understanding these incredibly hot (relativistic) plasmas made in the lab could help advance fusion energy sciences, studies in astrophysics (like how stars are born), and the next generation of particle accelerators.

Scientists at BELLA are already combining lasers and plasmas to reduce the size of particle accelerators for lightweight particles such as electrons. New techniques could further improve their power. Researchers will set up experiments at iP2 to study one method called magnetic vortex acceleration (MVA), which could produce more energetic proton and ion beams. They’ll test out special thin, foam-like targets that will interact with the laser to generate rotating magnetic fields that swirl through the plasma like a tornado.

“With MVA, the idea is to absorb as much laser energy as possible into the electrons to create this magnetic vortex through the target that then accelerates the ions with it,” Obst-Huebl said. Boosting particles to higher energies in a shorter distance means new applications and potentially lower-cost ways to explore the fundamental workings of our universe.

Most of the processes studied at BELLA take place over incredibly short periods: around one millionth of one millionth of a second. As a result, it can be difficult to physically measure every aspect, so scientists need to pair their experiments with simulations on some of the most powerful computers in the world to better understand what’s happening.

“It’s complicated physics, and 3D simulations of this type of experiment are relatively new,” said Jean-Luc Vay, head of the ATAP Accelerator Modeling Program at Berkeley Lab. “We’re ready to do the simulations on new exascale computers in support of iP2 experiments.”

Computer modeling was also key to successfully installing the iP2 upgrade during the pandemic, when fewer people were on site. Simulations helped the team plan the experimental setup to measure key plasma and beam properties, and can be used to prepare for future experiments at iP2.

“We have this nice setup, but we don’t yet have all the diagnostic tools,” said Axel Huebl, a computational physicist in ATAP at Berkeley Lab. “So, in parallel with the experiments, we’re getting ourselves ready to build a fully digital twin so that we can measure as many virtual diagnostics in the simulations as possible.”

The simulations will let researchers look at detailed plasma behaviors at any timescale, which they can then compare with measurements from experiments. The results will prove or improve scientists’ best models and feed into other areas of science. 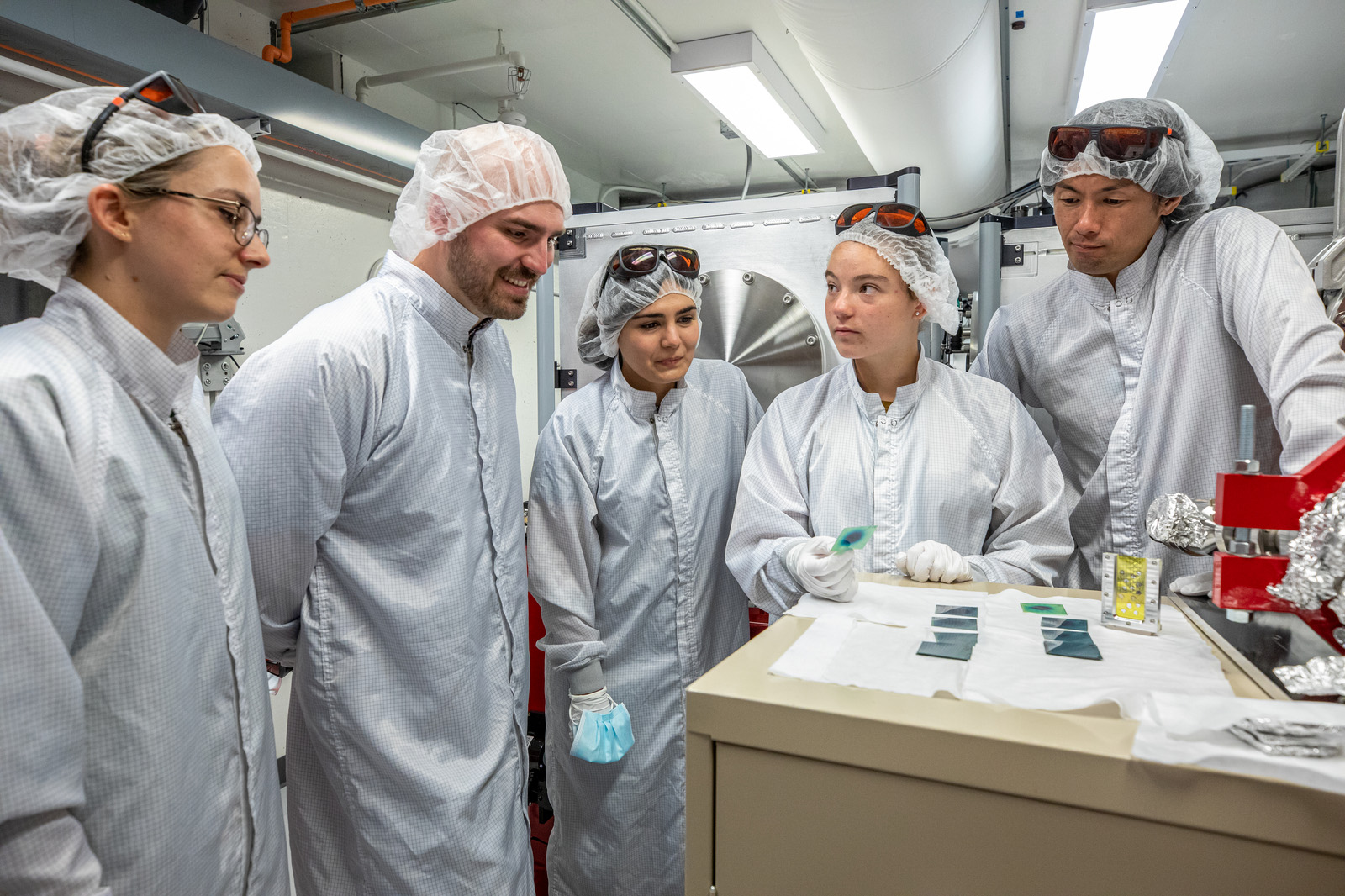 Researchers can submit proposals through LaserNetUS to conduct research at the BELLA Center and take advantage of the expansion at iP2.

“People can bring detectors and new targets and get supported by our team here,” said Kei Nakamura, the associate deputy director for experiments at the BELLA Center. “They can propose pure acceleration experiments or applications of accelerated particle beams. Topics we don’t even know now will be happening in the future.”

This work was funded by the Department of Energy (DOE), Office of Science, Fusion Energy Sciences program.

Founded in 1931 on the belief that the biggest scientific challenges are best addressed by teams, Lawrence Berkeley National Laboratory and its scientists have been recognized with 16 Nobel Prizes. Today, Berkeley Lab researchers develop sustainable energy and environmental solutions, create useful new materials, advance the frontiers of computing, and probe the mysteries of life, matter, and the universe. Scientists from around the world rely on the Lab’s facilities for their own discovery science. Berkeley Lab is a multiprogram national laboratory, managed by the University of California for the U.S. Department of Energy’s Office of Science.

DOE’s Office of Science is the single largest supporter of basic research in the physical sciences in the United States, and is working to address some of the most pressing challenges of our time. For more information, please visit energy.gov/science.

By confirming certain light-scattering dynamics first proposed a half-century ago, University of Nebraska–Lincoln...