SLAC Public Lecture: Getting to the Core of Earth’s Magnetic Field 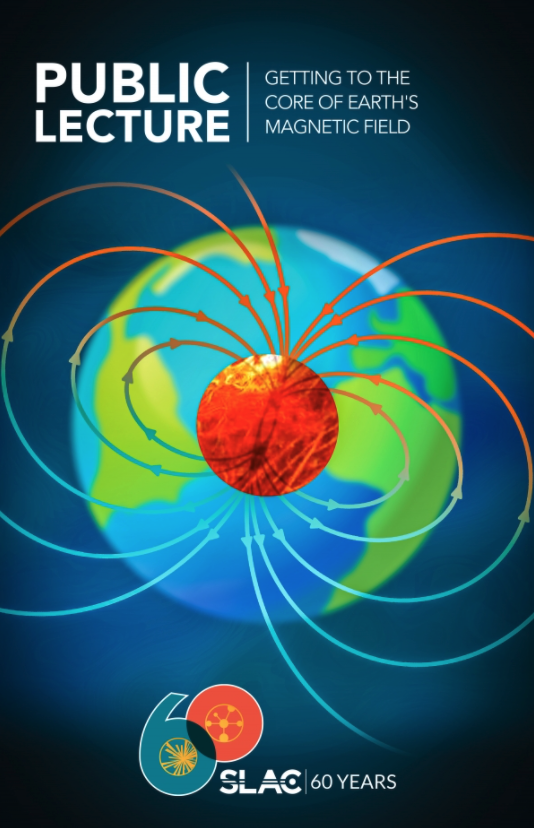 Earth’s magnetic field does more than just help us to navigate. It is also used by animals for orientation and migration,  and it protects life on Earth from charged particles that stream in from the sun and from deep space. This field is believed to be powered by a gigantic engine, or dynamo, created by electric currents carried by streams of molten iron in the Earth’s core. Scientists think these electric streams can start spinning spontaneously, driven by the Earth’s rotation. To test that theory, we need to know more about the properties of molten iron in the center of the Earth, where temperatures are a hundred times higher and pressures a million times greater than those on the surface. This lecture will describe studies underway at SLAC that re-create those extreme conditions, and describe a path towards measuring properties of molten iron using the unique capabilities of SLAC’s LCLS X-ray and ultrafast lasers.

Ben Ofori-Okai is a Panofsky Fellow in SLAC’s High Energy Density Science Division. He received his PhD from MIT, where he worked on developing and implementing novel radiation sources for spectroscopy. Since joining SLAC in 2016, he has been working on ways to probe matter with terahertz radiation, a neglected band that lies between infrared and microwave radiation on the electromagnetic spectrum. He is now using this tool to study matter under conditions of extremely high temperature and pressure.

More From Past Events

NLUF Call for Proposals for Experiments in FY2024-2025

LLE is accepting proposals for experiments in the National Laser Users' Facility (NLUF) program on the Omega Laser...

2nd Webinar on “How to Write a Successful LaserNetUS Proposal”

Register now as an Attendee to participate in a series of plenary sessions on June 21 on Inertial Fusion Energy in...