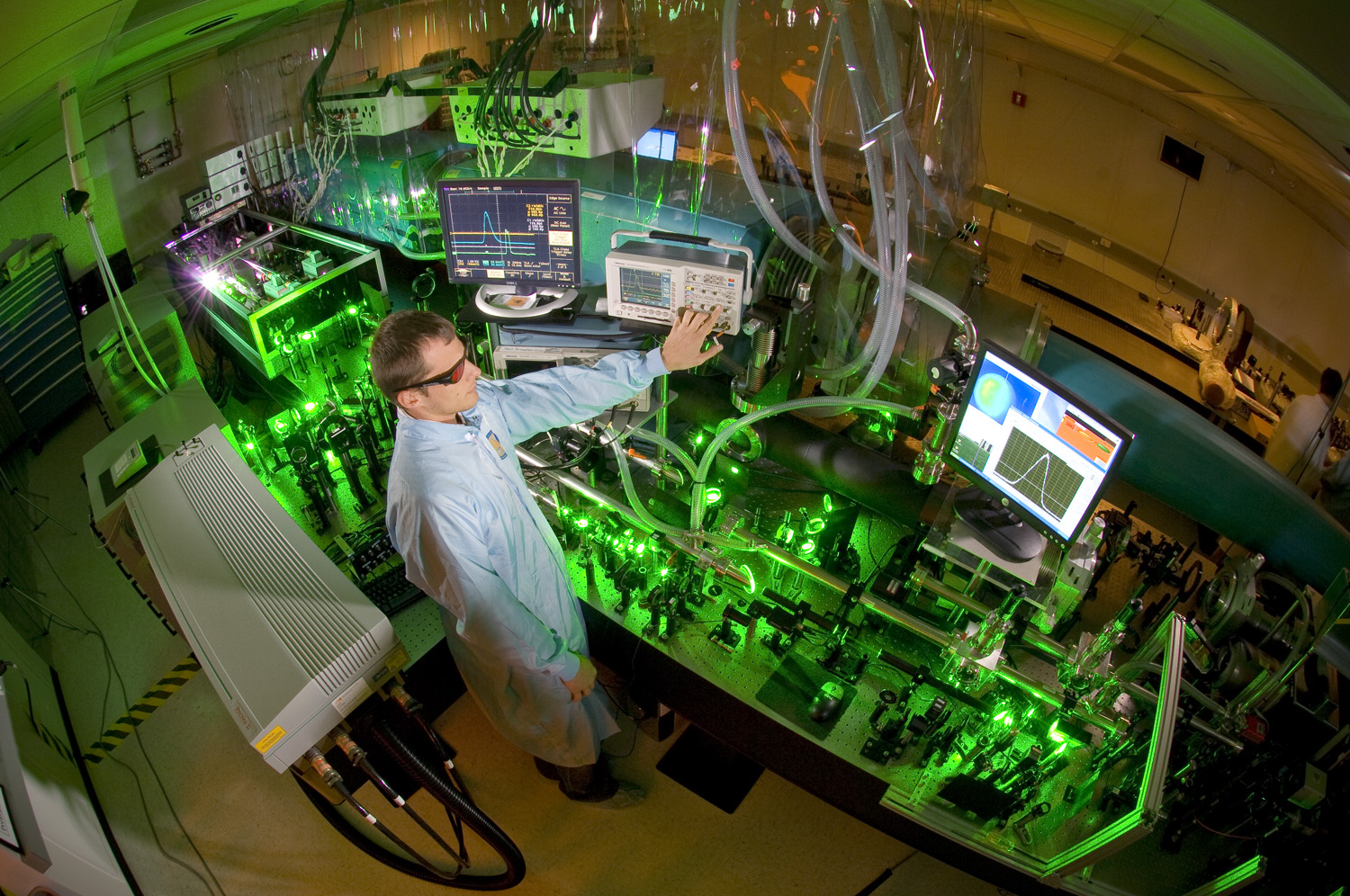 AUSTIN, Texas — The University of Texas at Austin will be a key player in LaserNetUS, a new national network of institutions operating high-intensity, ultrafast lasers. The overall project, funded over two years with $6.8 million from the U.S. Department of Energy’s Office of Fusion Energy Sciences, aims to help boost the country’s global competitiveness in high-intensity laser research.

UT Austin is home to one of the most powerful lasers in the country, the Texas Petawatt Laser. The university will receive $1.2 million to fund its part of the network.

“UT Austin has become one of the international leaders in research with ultra-intense lasers, having operated one of the highest-power lasers in the world for the past 10 years,” said Todd Ditmire, director of UT Austin’s Center for High Energy Density Science, which houses the Texas Petawatt Laser. “We can play a major role in the new LaserNetUS network with our established record of leadership in this exciting field of science.”

LaserNetUS includes the most powerful lasers in the United States, some of which have powers approaching or exceeding a petawatt. Petawatt lasers generate light with at least a million billion watts of power, or nearly 100 times the output of all the world’s power plants — but only in the briefest of bursts. Using the technology pioneered by two of the winners of this year’s Nobel Prize in physics, called chirped pulse amplification, these lasers fire off ultrafast bursts of light shorter than a tenth of a trillionth of a second.

“I am particularly excited to lead the Texas Petawatt science effort into the next phase of research under this new, LaserNetUS funding,” said Ditmire. “This funding will enable us to collaborate with some of the leading optical and plasma physics scientists from around the U.S.”

The U.S. was the dominant innovator and user of high-intensity laser technology in the 1990s, but now Europe and Asia have taken the lead, according to a recent report from the National Academies of Sciences, Engineering and Medicine titled “Opportunities in Intense Ultrafast Lasers: Reaching for the Brightest Light.” Currently, 80 to 90 percent of the world’s high-intensity ultrafast laser systems are overseas, and all of the highest-power research lasers currently in construction or already built are also overseas. The report’s authors recommended establishing a national network of laser facilities to emulate successful efforts in Europe. LaserNetUS was established for exactly that purpose.

The Office of Fusion Energy Sciences is a part of the Department of Energy’s Office of Science.

LaserNetUS will hold a nationwide call for proposals for access to the network’s facilities. The proposals will be peer reviewed by an independent panel. This call will allow any researcher in the U.S. to get time on one of the high-intensity lasers at the LaserNetUS host institutions.