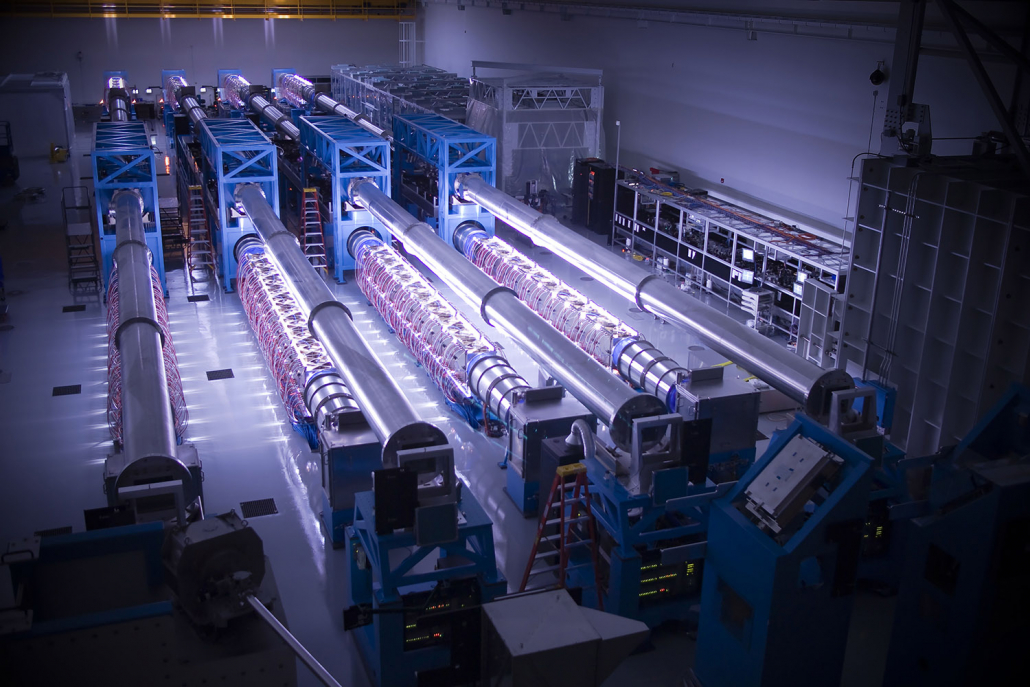 The main amplifiers at the OMEGA EP laser at the University of Rochester's Laboratory for Laser Energetics. The LLE’s Omega Laser Facility is a vital contributor to national security, a source of scientific education and leadership, and an engine of regional innovation and growth for the laser, optics, imaging and photonics sector. (University of Rochester photo / J. Adam Fenster)

To help foster leadership in the application of high-intensity lasers, the University of Rochester’s Laboratory for Laser Energetics (LLE) is partnering with eight other high-intensity laser facilities across the country in a new national research network called LaserNetUS.

The project is funded by the US Department of Energy’s Office of Fusion Energy Sciences within the Office of Science and will receive $6.8 million over the next two years.

“As the largest university-based laser facility in the world, the Omega Laser Facility at the LLE will bring unique energy, intensity, versatility, reliability and diagnostic capability to the LaserNetUS network,” says Mike Campbell, director of the LLE.

The US was the dominant innovator and user of high-intensity laser technology in the 1990s, but Europe and Asia have since taken the lead, according to a recent report from the National Academies of Sciences, Engineering and Medicine. Currently, 80 to 90 percent of the world’s high-intensity ultrafast laser systems are overseas. LaserNetUS will provide a national network of laser facilities to emulate these successful efforts in Europe.

The facilities involved in LaserNetUS support the most powerful lasers in the US, including lasers with powers approaching or exceeding a petawatt. Petawatt lasers generate light with at least a million billion watts of power, or nearly 100 times the output of all the world’s power plants—but only in the briefest of bursts, shorter than a tenth of a trillionth of a second. The lasers use a technology called chirped pulse amplification, which was pioneered at the LLE in 1980s by Donna Strickland and Gérard Mourou, winners of this year’s Nobel Prize in Physics.

High-intensity lasers have a broad range of applications in basic research, manufacturing, and medicine. For example, they can be used to recreate some of the most extreme conditions in the universe, such as those found in supernova explosions and near black holes. They can generate high-energy particles for high-energy-density physics research and intense x-ray pulses to probe matter as it evolves on ultrafast time scales.

The lasers are also promising in many potential technological and medical areas such as precisely cutting materials or delivering tightly focused radiation therapy to cancer tumors.