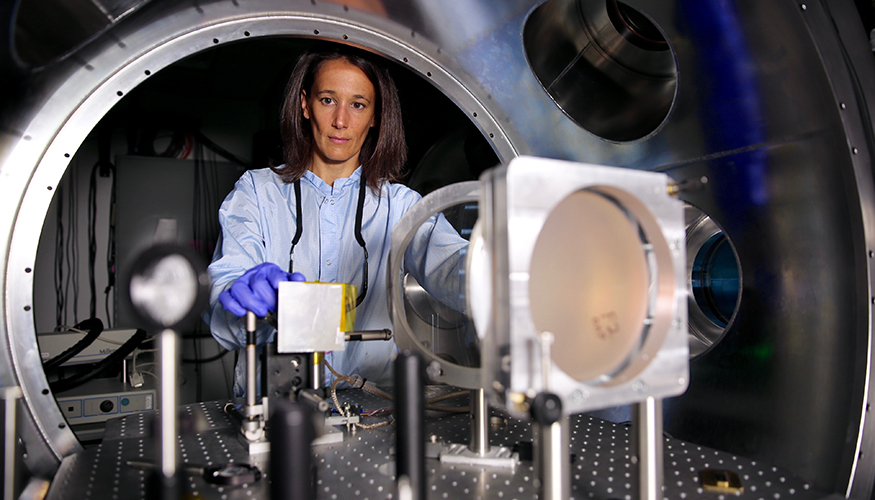 This year’s symposium, which brings together outstanding young scientists from a broad range of disciplines, was conducted virtually because of the pandemic. Albert presented research on using plasmas produced by intense lasers as particle accelerators and X-ray light sources.

“I am really honored to have been selected as a 2020 NAS Kavli fellow and to have been invited to the U.S. Kavli Frontiers of Science Symposium,” Albert said. “Even though the event was held virtually, it was a unique networking opportunity and a great way to showcase the work we do at LLNL using lasers.”

Albert represented the Lab on a roster of speakers and presenters from distinguished institutions around the world, including Oxford, Harvard, MIT, Columbia, Stanford and UC Berkeley.

“The topics of the symposium allowed me to really broaden my scientific perspective, as I heard about fires in California, the science of sleep, autonomous vehicles, how to use DNA to store data and many other things,” Albert said. “It is very different from what I do on a daily basis, and when I presented my research, the audience was very different from the one I am used to, so I had plenty of unexpected and insightful questions.”

As she noted in a “flash talk” video for her presentation, “Laser-Plasma Accelerators: Next Generation X-ray Light Sources,” X-ray sources are one of the most powerful applications of radiation that can be used in science, medicine and national security.

Currently, large, expensive synchrotrons and free-electron lasers produce the brightest, most powerful X-ray sources on Earth, but Albert noted that scientists are “always looking for ways to make them better, brighter, faster and cheaper.”

New methods using lasers and plasmas to accelerate particles can be used to produce X-rays “that have unprecedented spatial and temporal resolution,” Albert said. “And someday, this X-ray source can even fit within the palm of my hand.”

The symposium is sponsored by the Kavli Foundation, founded by the late Fred Kavli to advance science and promote the understanding of scientific research.

Albert has previously been selected for the Presidential Early Career Award for Scientists and Engineers (PECASE) and was named a senior member of The Optical Society (OSA).